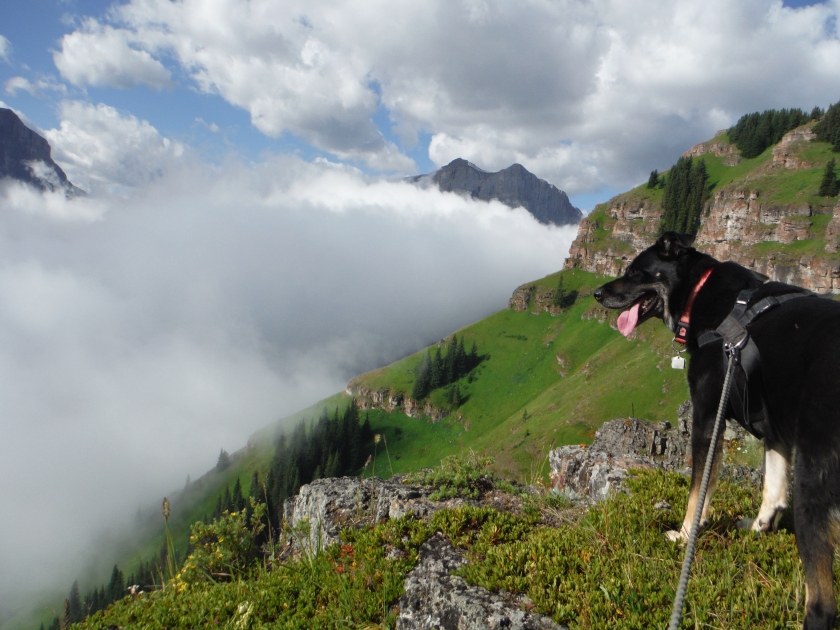 Rimwall Summit poking through the clouds on the way up, nearing the ridge top in late July. 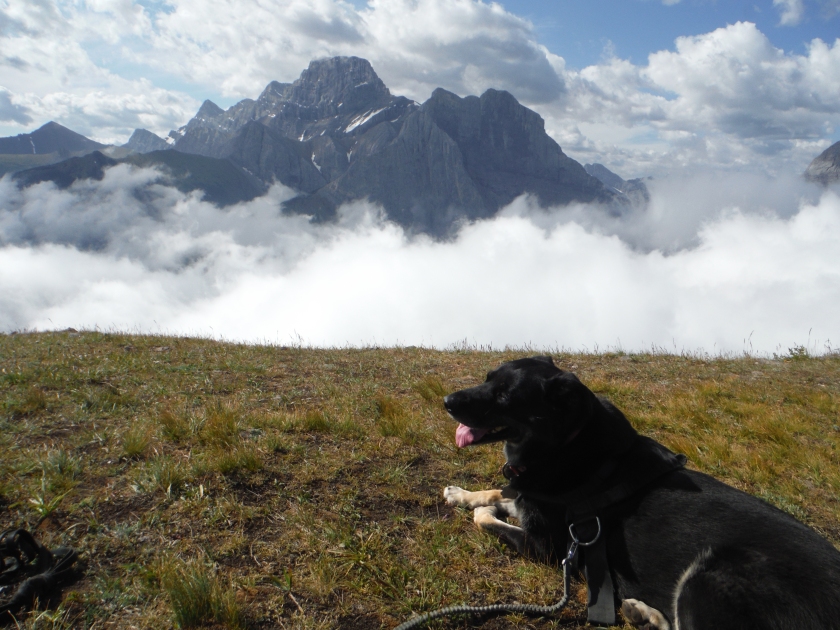 Wind Tower and the four Lougheed peaks (peak 4 later renamed Wind Mountain, although the Lougheed viewpoint information at the trail head refers to the Lougheed Massive’s five summits, so includes number 4). A peak west of Banff was originally named Mt. Lougheed before the name was transferred to these supposedly more prestigious-looking peaks in the 1940’s. For some reason the original Mt. Lougheed remains without an official name. Mt. Allan at extreme left. 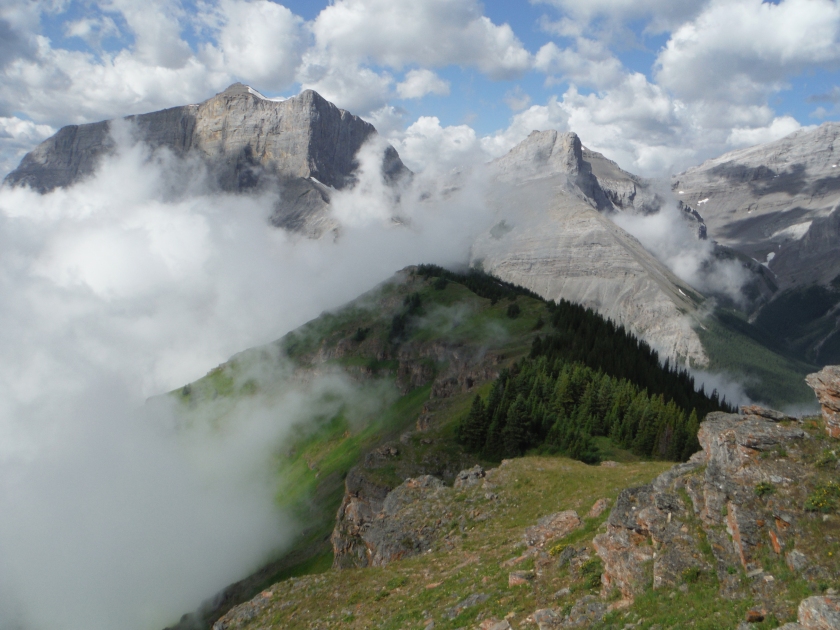 View towards Rimwall Summit and to the right “The Orphan.” Big Sister out of frame to the right. 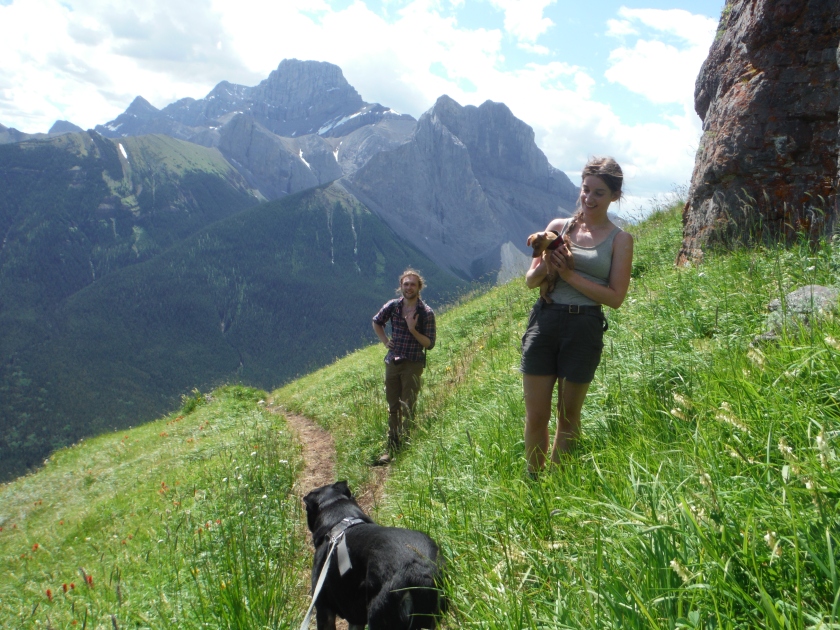 “Timmy”, one of five other dogs we met ascending the trail on our way down. 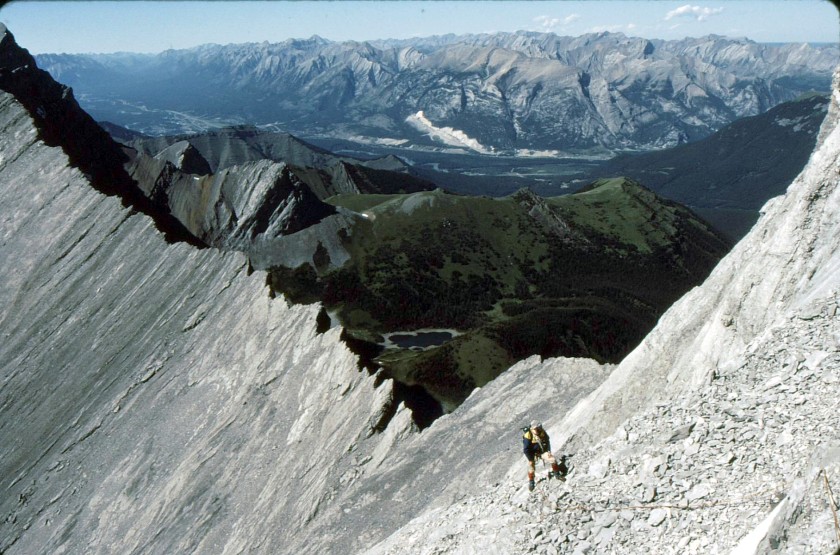 View of Wind Ridge, Bow Valley and Grotto Mtn. from steep and loose slopes of Lougheed Peak4 (Wind Mountain) on a long day traverse of the four peaks July 22, 1989.